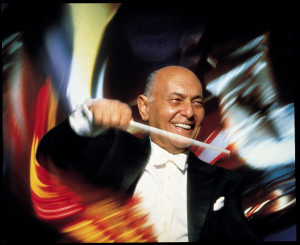 Penny Van Horn, Board Chair of The Solti Foundation U.S. and Elizabeth Buccheri, Artistic and Awards Committee Chair, today announced the names of the recipients of the 2017 Solti Foundation Career Assistance Awards, bringing the number of such grants given by the Foundation to 55, and the amount awarded to young conductors since 2004 to $500,000, a major milestone in the organization’s history. This year’s recipients hold positions throughout the United States, Canada and Brazil with posts in California, Idaho, Illinois, Massachusetts, Minnesota, Missouri, New Jersey, New York, Tennessee, Utah, Wisconsin, Hamilton, Ontario, and Rio de Janiero.

“The Solti Foundation U.S. is thrilled to announce the 2017 Career Assistance Award recipients,” said Ms. Van Horn. “These young conductors are part of the fabric of our future musical landscape, and we are proud to identify, support and encourage these young musicians in the early stages of their classical careers. Congratulations to all the awardees.” 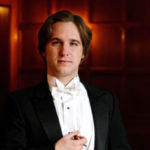 Recently appointed Assistant Conductor of the Utah Symphony, Conner Gray Covington is currently completing his tenure as the Rita E. Hauser Conducting Fellow at the Curtis Institute of Music in Philadelphia, where he works with the Curtis Symphony Orchestra and the Curtis Opera Theater while also being mentored by Philadelphia Orchestra Music Director Yannick Nézet-Séguin. Covington recently made his Carnegie Hall debut with the Curtis Symphony Orchestra sharing the podium with Ludovic Morlot. He began his career as Assistant Conductor of the Memphis Symphony Orchestra and Music Director of the Memphis Youth Symphony Program. Covington has guested with the St. Louis Symphony, Utah Symphony, and Virginia Symphony, and has served as a cover conductor for the Philadelphia Orchestra, Pittsburgh Symphony, Atlanta Symphony, Kansas City Symphony, The Florentine Opera Company (Milwaukee, WI), and the Britt Festival Orchestra (Jacksonville, OR). In 2015, Covington was invited as one of three conductors to participate in the Pacific Music Festival Conducting Academy in Sapporo, Japan. A recipient of a 2014 Career Assistance Award from the Solti Foundation U.S., in May 2016 Covington worked with the Nashville Symphony as a featured conductor in the Bruno Walter National Conductor Preview presented by the League of American Orchestras. 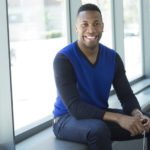 Associate Conductor of the Minnesota Orchestra, Roderick Cox has also served as Assistant Conductor of the Alabama Symphony Orchestra and Music Director of the Alabama Symphony Youth Orchestra. Recent and upcoming engagements include the Chenecke! Orchestra (UK) Seattle Symphony, Minnesota Orchestra, and Louisiana Philharmonic, as well as the symphony orchestras of Cleveland, Detroit, Santa Fe, Nashville, Florida and the National Symphony (D.C.). He also conducted a performance sponsored by Google and Colour of Music Festival for the opening of the Smithsonian National Museum of African American History & Culture in Washington D.C. In 2016, Cox was selected by the League of American Orchestras as one of five conductors presented at the Bruno Walter National Conducting Preview. In 2013, Cox was one of four conductors selected by the League to conduct the St. Louis Symphony Orchestra under the guidance of its music director, David Robertson, and was awarded the Robert J. Harth Conducting Prize from the Aspen Music Festival, which led to national recognition and a return to the festival as a fellow. Named by Marin Alsop to attend the Conductors Guild Conductor/Composer Training Workshop at the Cabrillo Festival of Contemporary Music for two consecutive summers, Cox has also held fellowships with the Chicago Sinfonietta as part of the Project Inclusion program and the Chautauqua Music Festival, where he was a David Effron Conducting Fellow. 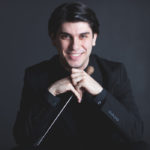 Music Director of the Knoxville Symphony Orchestra, Aram Demirjian previously served as Associate Conductor of the Kansas City Symphony. Recent and upcoming guest engagements include the Philadelphia, Minnesota and Sarasota orchestras; Louisiana, Boise and Fresno philharmonics; and international debuts with the Lausanne Chamber Orchestra and Orquesta Sinfónica de Minería. Demirjian also is regularly engaged as cover conductor with The Philadelphia Orchestra and the Boston Symphony Orchestra, with which he has assisted Yannick Nézet-Séguin, Andris Nelsons, Stéphane Denève, Christoph von Dohnányi, Manfred Honeck, and others. In 2014, he was featured as a guest artist in the Tanglewood Music Center’s Festival of Contemporary Music, conducting performances of Jacob Druckman’s Bo, and Kate Soper’s Helen Enfettered. Demirjian recently was the only American among seven conductors selected by Maestro Bernard Haitink as an active participant in the 2016 Haitink Masterclass at the Lucerne Easter Festival. A three-time Conducting Fellow in the American Academy of Conducting at Aspen, in 2011 he was awarded the Aspen Music Festival’s Robert J. Harth Conducting Prize. That same year, he won Third Prize in the Memphis Symphony International Conducting Competition. 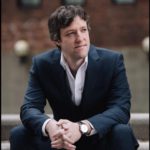 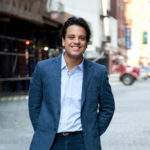 Co-Founder and Music Director of the Lake George Music Festival in upstate New York, Assistant Conductor of the Pacific Symphony and Music Director of Pacific Symphony Youth Orchestra, Roger Kalia is only the second assistant conductor in the Pacific Symphony’s history to have his contract extended for two additional years. Previous posts include serving for two seasons as Assistant Conductor of the Charlotte Symphony, and as Music Director with both the Young Musicians Foundation (YMF) Debut Orchestra of Los Angeles and Columbus Symphony Orchestra (IN). Recent and upcoming engagements include the National Symphony at the Kennedy Center, Chicago Sinfonietta at Symphony Hall, Long Beach Symphony, Great Falls Symphony, Owensboro Symphony, Boise Philharmonic, Adrian Symphony, and Bakersfield Symphony. Kalia has also served as cover conductor for the Los Angeles Philharmonic, St. Louis Symphony and Indianapolis Symphony. A proud recipient of a 2013 Solti Foundation U.S. Career Assistance Award, Kalia conducted the Memphis Symphony in 2011 after winning Second Prize in their International Conducting Competition, which led to his debut the following season and launched his professional career. In 2011 Kalia served as a fellow at the Cabrillo Festival of Contemporary Music, chosen by Marin Alsop. 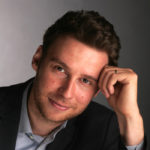 Newly-appointed Music Director of the Illinois Philharmonic, Stilian Kirov is also Music Director of the Bakersfield Symphony (CA) and the Symphony in C (NJ). Previous posts include Associate Conductor of the Seattle Symphony and Associate Conductor of the Memphis Symphony. Recent and upcoming guest engagements have included the German National Orchestra at the Berlin Philharmonie, the symphonies of Kalamazoo, South Bend, Tucson, and West Virginia, among others. He also appeared regularly as guest conductor with Seattle’s Pacific Northwest Ballet. Internationally, Kirov has also appeared with the Thüringen Philharmonic Orchestra (Germany), Leopolis Chamber Orchestra (Ukraine), Orchestra of Colors (Greece), Orchestre Colonne (France), Sofia Festival Orchestra, State Hermitage Orchestra (St. Petersburg), the Zagreb Philharmonic, the Musical Olympus International Festival in St. Petersburg, and the Victoria Symphony/British Columbia, among others. First Prize Winner of the 2017 “Debut Berlin” Concert Competition, and a 2016 recipient of the Solti Foundation U.S. Career Assistance Award, Kirov’s numerous awards include prize winner at Denmark’s 2015 Malko Competition, an Emmy for the Memphis Symphony’s Soundtrack Project, the Orchestra Preference Award, and Third Prize at the 2010 Mitropoulos Conducting Competition. One of three 2013 Conducting Fellows at the Tanglewood Music Center, he is also the recipient of France’s 2010 ADAMI Conducting Prize. 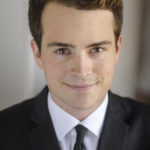 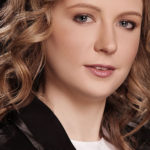 Resident Conductor for the St. Louis Symphony Orchestra and Music Director for the Hamilton Philharmonic Orchestra in Ontario, Canada, Gemma New previously served as Associate Conductor of the New Jersey Symphony Orchestra. New’s guest engagements have included such orchestras as the Atlanta, Toledo, Long Beach, Miami and New Jersey Symphonies and the Chamber Orchestra of San Antonio in the USA, as well as the Malmö SymfoniOrkester (Sweden), Christchurch Symphony and Opus Orchestras in New Zealand, and the Manitoba Chamber Orchestra (Canada). Founder of the Lunar Ensemble, a nine-piece new music collective that ran for six seasons in Baltimore, Maryland, New has also conducted several contemporary operas, as well as assisted operas by Mozart, Verdi, and Ravel. Honors and awards include being named a 2014 Dudamel Conducting Fellow with the Los Angeles Philharmonic. Additional experiences include a David A. Karetsky Conducting Fellowship at the American Academy of Conducting at the Aspen Music Festival, and an Ansbacher Fellowship, during which she was selected by members of the Vienna Philharmonic to take up residence at the Salzburg Music Festival. New has also resided in Leipzig, Germany as a Felix Mendelssohn-Bartholdy Fellow. 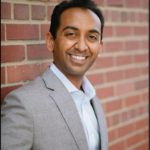 Elizabeth Buccheri commented on the funding milestone and congratulated the 2017 Career Assistance Award recipients, “We at the Solti Foundation U.S. are pleased to be able to support, and encourage young American conductors as they begin their careers. Through the generosity of the Solti family and numerous others, the Foundation has awarded a half million dollars to deserving artists since 2004, and looks forward to continuing to support the conductors of tomorrow. Congratulations to all of you! There is a growing number of truly talented young artists in the orchestral and operatic podiums today. We are proud of your efforts and dedication, and look forward to following your careers.”

Earlier this spring, the Foundation announced its $30,000 2017 The Sir Georg Solti Conducting Award to Christopher Allen, Resident Conductor for Cincinnati Opera. The Foundation will announce details about its 2017 Gala, and the 2017-18 Opera Residencies, in the near future.

Now in its thirteenth year of assisting outstanding young U.S. conductors to further develop their talent and careers, The Solti Foundation U.S. is the foremost organization in the United States dedicated exclusively to helping young conductors.

The Foundation endeavors to seek out those musicians who have chosen to follow a path similar to that followed
by Sir Georg himself. In keeping with the spirit of Sir Georg’s active approach to his career, young conductors must apply to be considered for the awards. While dedicated to identifying and assisting young conductors early on, the Foundation is also concerned with the long-term development of its award recipients, continuing to offer support and maintaining a constant interest in their growth and achievements.

The largest grant currently given to American conductors in the formative years of their careers, the prestigious $30,000 grant is given annually to a single promising American conductor 38 years of age or younger. The Award, also known as The Solti Fellow, includes door-opening introductions, ongoing professional mentoring, and introductions to two of Chicago’s most prestigious performing organizations: Lyric Opera of Chicago and Chicago Symphony Orchestra. Past recipients include Karina Canellakis, Vladimir Kulenovic, Cristian Macelaru, James Feddeck, Case Scaglione, Eric Nielsen, and Anthony Barrese.

The amount of the Career Assistance Awards varies.

Introduced in the 2014-15 season, the program places former award recipients with a distinguished opera house for one-on- one mentoring and coaching of an opera during the company’s professional season. Conductors cannot apply, but are instead selected by the Artistic and Awards Committee. 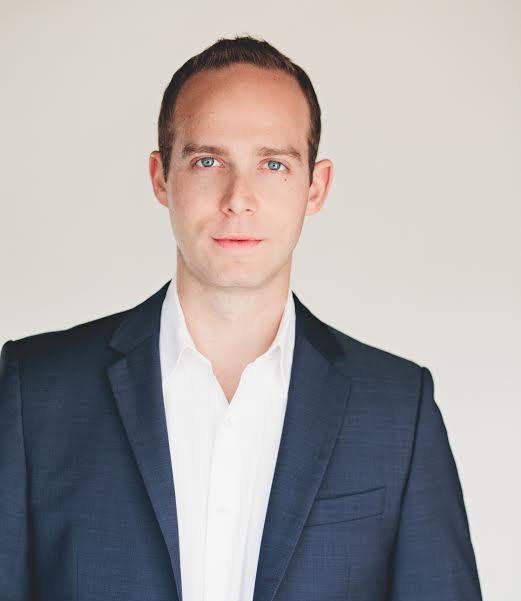 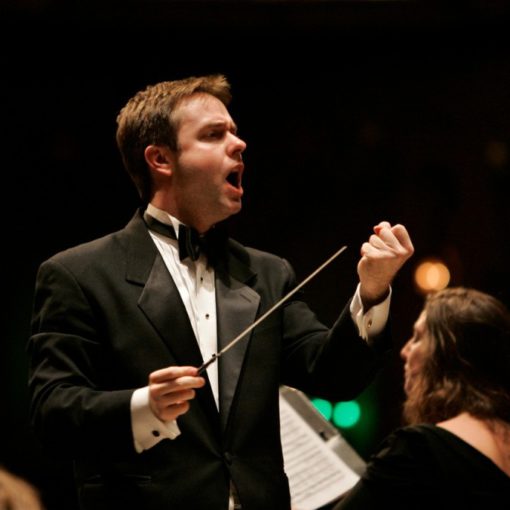 When director Markus Poschner fell ill before a performance in early May, Robert Trevino (CAA, ’12) stepped in and led the orchestra in […] 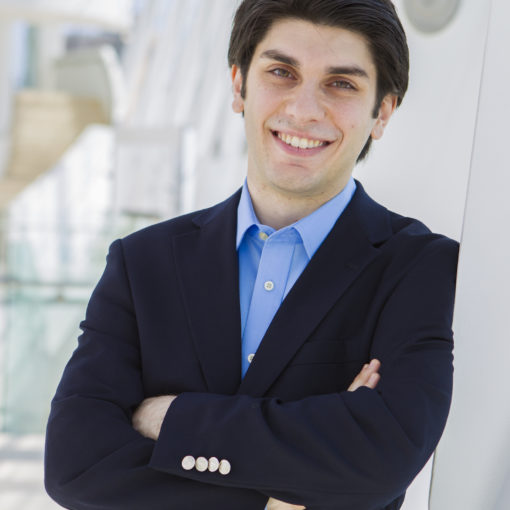