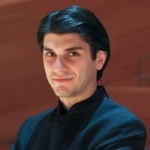 Widely acclaimed for his transformative work as the music director of the Knoxville Symphony Orchestra (KSO) and frequent appearances with The Philadelphia Orchestra, Aram Demirjian is sought after for his “graceful, energetic direction” (Sarasota Herald Tribune), bold programming, and distinctive communication skills with audience members and musicians alike.

As the eighth Music Director of the Knoxville Symphony Orchestra, Aram has brought the orchestra to new artistic heights. Under his leadership, the orchestra has seen sustained increases in ticket revenue, in addition to national recognition for its achievements, including being selected in 2020 as one of four orchestras to be featured at SHIFT: A Festival of American Orchestras, presented by the Kennedy Center and Washington Performing Arts. His visionary programming emphasizes cross-disciplinary collaboration, and has included projects with renowned partners such as the Big Ears Festival, Violins of Hope, and PROJECT Trio, plus regional partnerships with Appalachian Ballet Company, contemporary music ensemble Nief-Norf, and West African drum ensemble Indigenous Vibes. 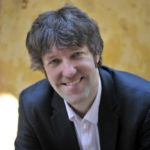 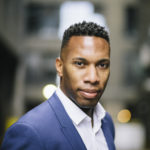 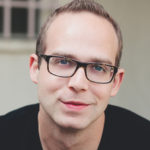 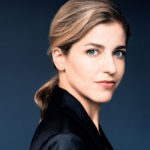 Karina Canellakis is the newly appointed Chief Conductor of the Netherlands Radio Philharmonic Orchestra and Principal Guest Conductor of Rundfunk Sinfonieorchester Berlin, with both appointments beginning in the 2019/20 season. In September 2020 she will begin her role as Principal Guest Conductor of the London Philharmonic Orchestra. Internationally acclaimed for her emotionally charged performances, technical command and interpretive depth, Karina’s reputation has risen quickly since winning the Sir Georg Solti Conducting Award in 2016.  Read more… 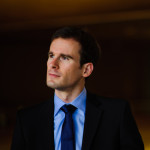 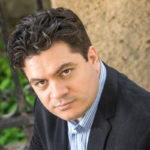 Newly appointed Chief Conductor of the WDR Sinfonieorchester, Music Director Designate of Orchestre National de France, Cristian Măcelaru is one of the fast-rising stars of the conducting world. He takes on the new positions at WDR and ONF — Europe’s leading radio orchestras — effective with the 2019/20 and 2020/21 seasons respectfully. Măcelaru is Music Director and Conductor of the internationally renowned Cabrillo Festival of Contemporary Music. In August 2019, he led his third season in premiere-filled programs of new works by an esteemed group of composers. Read more… 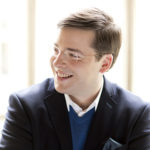 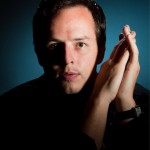 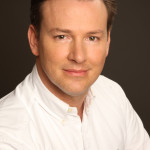 Erik Nielsen became Chief Conductor of the Bilbao Symphony Orchestra in September 2015 and served as Music Director of Theater Basel from 2016 – 2018. In 2002 he began a 10-year association with the Frankfurt Opera, starting as Korrepetitor (pianist) and later as Kapellmeister.  One year prior to this, he was a harpist in the Berlin Philharmonic as a member of its Orchester-Akademie.

Erik studied conducting at the Curtis Institute of Music in Philadelphia and received his bachelor’s degree in both oboe and harp performance at The Juilliard School. Read more…

Currently Mr. Barrese works as a freelance composer and conductor. He has led several productions with Sarasota Opera (Lakmé, Le nozze di Figaro, Hansel and Gretel), and with Opera Southwest (Le nozze di Figaro, Die Fledermaus, La cenerentola) where he is Artistic Director and Principal Conductor. He was the Assistant Conductor of the Dallas Opera in 2006-2007 and returned there as Guest Conductor for a production of Tosca in 2008. For more information: Read more…